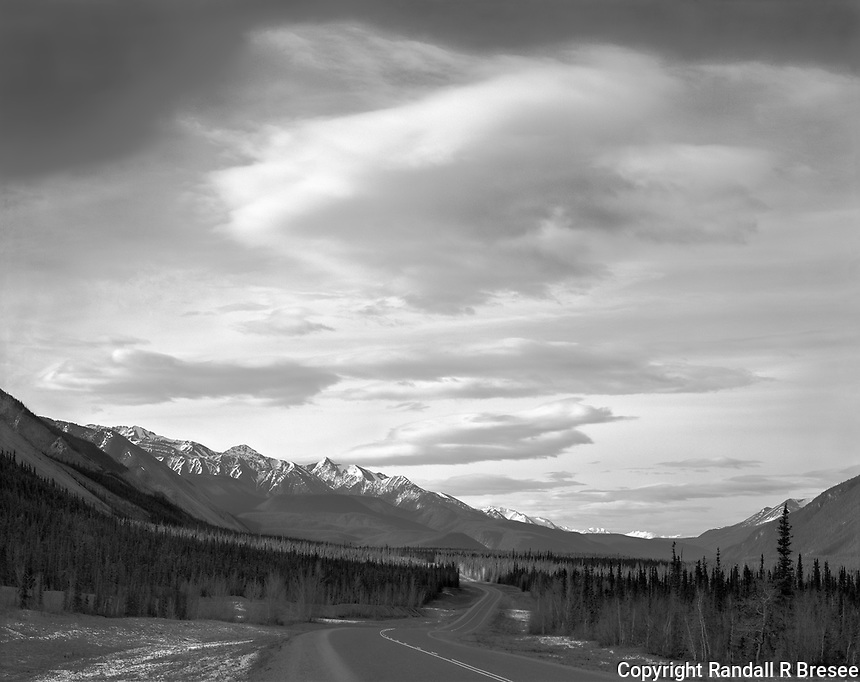 The Alaska Highway begins in Canada's Dawson Creek, British Columbia and passes through Canada's Yukon Territory before arriving at its destination almost 1,400 miles later near Fairbanks, Alaska. This photo shows the Alaska Highway in northern BC just before crossing into the Yukon.